Home » Battle Report » Playing Saga: Hunnic invasion!
It’s a cold morning when Ulric hears the sound of the hooves of galloping steeds. The towering blacksmith reaches for his warhammer and goes outside to have a look. 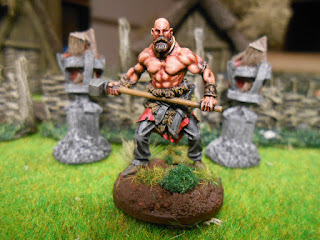 A band of Hunnic tribesmen, intend on looting , advances at a rapid pace towards the small village. 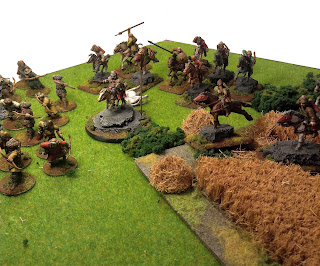 Suddenly a deafening war cry erupts from the woods around the village. “Deus vult! Montjoie Saint Denis!!” A contignent of valiant French knights and mercenary crossbowmen confronts the Hunns. 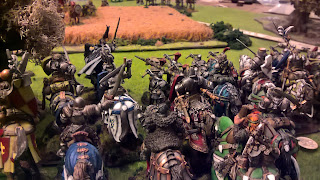 Hunnic archers enter the outskirts of the village and lay down a barrage of arrows. 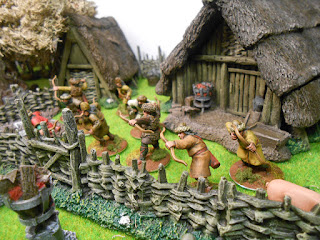 The Hunnic commander sends his swift horsemen into the fray. Their mission is to harass the knights so they won’t be able to launch a combined charge. 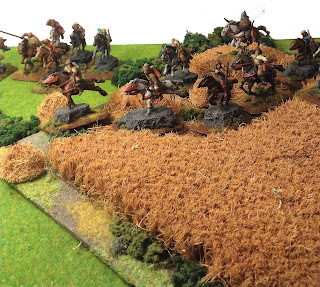 But the swift horsemen are easily repelled by a volley of crossbowfire. 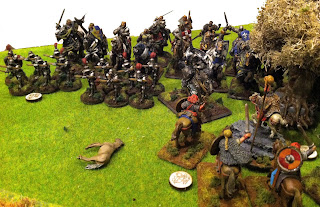 Bloody combat erupts all around the village. 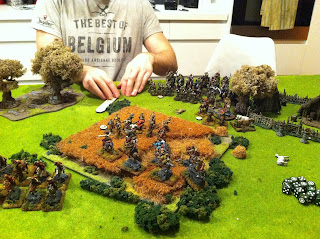 Another wave of savage Hunns descends upon the French lines. French knights counter charge and cut down the horsemen.

Casualties start to mount on both sides of the battlefield. Who will prevail? 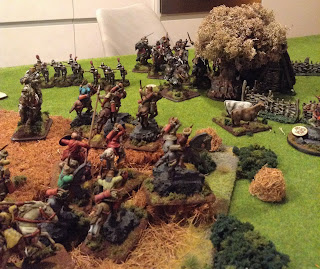 The French cavalry charges at the center of the Hunnic lines. After a short but brutal melee, the Hunnic chieftain is cut down by Guy D’Artois, the French commander. The village is saved and the barbarians are driven off. But at what cost? A lot of French knights have sacrificed their lives to defend the homeland from the invaders. And a lot of French noblewomen are left behind alone… 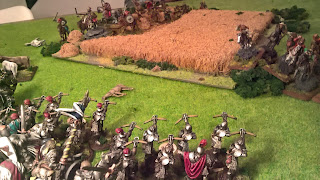