We’ve played a big multiplayer battle on tuesday and a 1vs1 on saturday. Krikke is writing a battle report about saturday’s game. Here are some random pictures of the battles:

Druc does what he’s good at: eating crocodiles for breakfast!

We’re Belgians so a lot of beer is consumed during these bloody battles. Cheers! 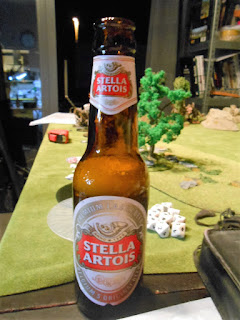